The project of a complete renovation of an apartment of approximately 120 m2, with the aim of transforming it into offices.

The accommodation is located in a 19th century building, originally intended for hotels, which in the 1950s was converted into large-scale accommodation.

In the 1970s, the apartment was renovated in terms of decoration and subsequently lived in as it was, until this project.

It was therefore necessary to carry out a total renovation.

There were a lot of constraints in the organization of the spaces, because being an old stone construction, it was not possible to carry out many of the demolitions, except for the more recent non-structural walls.

The apartment had a lot of potential, as it was very bright thanks to the many large windows and with high ceilings.

On the other hand, the colours and aspect of floors and walls made the spaces very dark

All the walls were covered either with tapestry, carpet or tiles, this was made to hide the poor condition of the walls.

The floors were terrazzo, but with different patterns and colours for each room, and in bad condition, it was necessary to standardize the floors.

The choice of a natural solid oak parquet had the objective of lightening the floor and at the same time obtaining a resistant and warm floor.

The walls were painted with light tones, but not pure white, in order to warm up the atmosphere.

The furniture was partially custom made, in particular the full-height cupboards which made it possible to take advantage of the high ceilings to store as many documents as possible.

Other furniture has been designed by ourselves and made by a craftsman, to personalize the place.

Darker shades were chosen for the furniture, in order to create chromatic contrast with the neutral base of floors and walls.

Following the demolitions, all the walls were stripped of the old tapestries, carpets and tiles, a considerable work of restoration of the walls was necessary in order to obtain clean and healthy walls.

All the installations have been completely redone, with regard to electricity, we have opted for a home automation installation.

False acoustic ceilings were planned so as not to be disturbed by the overlying apartment, because being wooden floors, the transmission of impact noise was quite significant.

Acoustic doors have also been installed so as not to hear noise from neighboring rooms.

The objective of the project was to create a large central crossing space to be used as a reception area for clients and meetings.

The various offices, as well as the accessory service rooms, gravitate around this central space, while being independent.

This solution was achieved thanks to the demolition of part of the partitions that made up the long blind corridor.

Other demolitions and minor constructions were carried out in order to properly redesign the workspaces, so that they are as functional as possible. 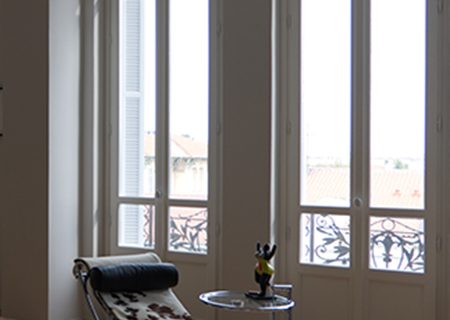 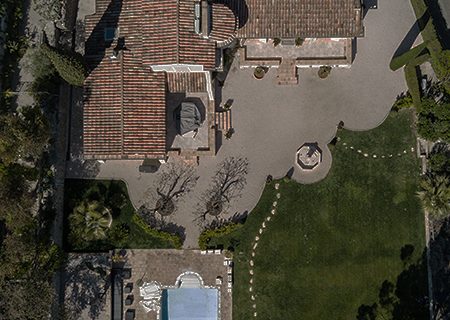 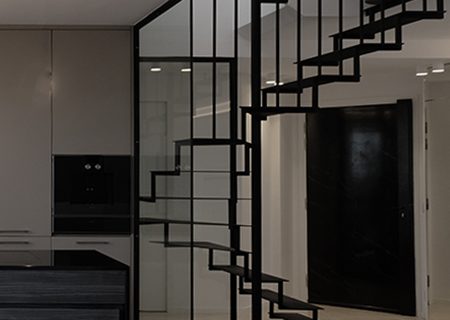 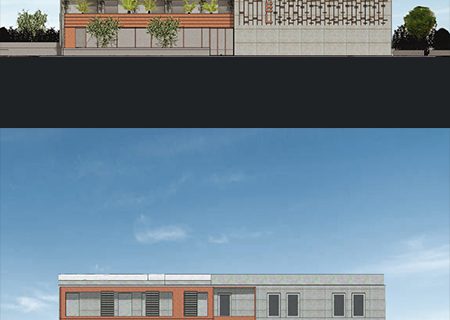 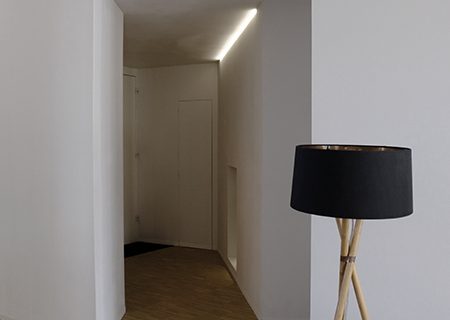 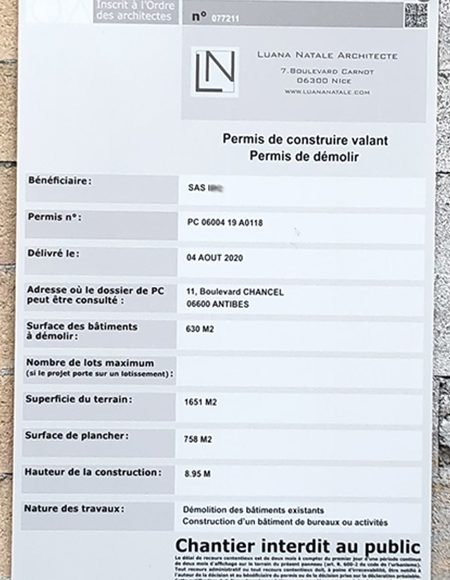 The project was for the construction of a building intended to accommodate offices.

In the land there were several constructions, it was necessary to plan a complete demolition in order to accommodate the new building on three levels.

The land is located in a flood risk zone, so certain special standards had to be respected.

To improve the working environment and to comply with town planning regulations, a large tree-lined green space surrounds the building.

The building is built on stilts and dispose at the lowest level, parking, which can not be made in the basement.

Being a space open to the public, the project had to comply with many standards regarding accessibility for people with reduced mobility, as well as fire safety.

The two upper levels are intended for office spaces, designed as empty floors that will be rented separately and equipped by the occupants.

In the central part of the floors, all the sanitary facilities have been provided, which can be used by the various tenants.

The facades have been treated with modularity by playing on a shade of gray and the openings have been equipped with various systems to protect themselves from the sun in summer, either sunscreens or fixed vertical and horizontal elements.